California without the Pacific ocean would be…well, Nevada.

Bay Area author and environmental activist Dave Helvarg makes this point – with humor, facts, and examples – in his 2013 book The Golden Shore – California’s Love Affair with the Sea, which looks at such diverse factors as the commercial ports, the Navy, the ecology, and tourism to understand our bond. See this short video promoting his message of hope about our state’s record in doing the right thing for our coastline and ocean. [LMC] 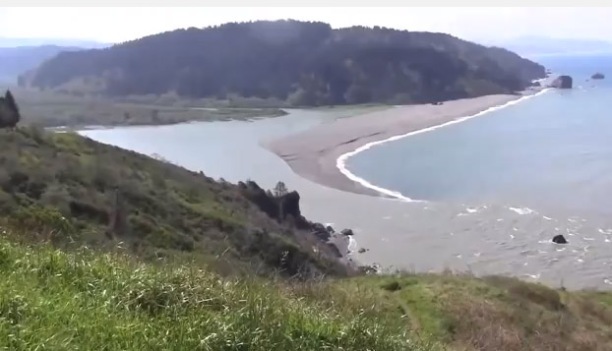 and civil rights issues that led up to and were launched by the FSM and how it became so successful.

The Student Rights Movement, which began in Berkeley, spread throughout the United States and the world, influencing the 1968 Paris student uprising and Prague Spring. Berkeley’s anti-Vietnam War protests, which followed on the heels of the FSM, demonstrated how youth could successfully challenge the status quo and emboldened others to follow suit. The Free Speech Movement permanently changed Berkeley and is also pertinent to today’s events.

California Studies Association to award writer Susan Straight with Carey McWilliams honor.  April 26 conference at University of California, Berkeley will highlight Straight’s work as part of a day focused on the theme “California on Fire.”

*Note that our conference location has changed since earlier announcements. The event will be held – free and open to the public – at UC Berkeley*

The California Studies Association, a statewide group devoted to scholarship and new thinking on the history, politics and cultures of California, is honoring writer Susan Straight at its annual conference. The one-day conference, to be held April 26, from 9 AM – 5:30 PM in UC Berkeley’s McCone Hall, is titled California on Fire, and will feature panels that address the literal and metaphorical fires consuming the state – from climate change to the real estate market. Straight will give the keynote conference talk. See below for the complete schedule.

The Association includes people from every walk of life: faculty and teachers, students, policy makers, labor organizers, business people, local historians, writers and artists. It features the contributions of everyone who studies California, makes practical contributions to the State, or seeks to express the fabric of this multiethnic society. It values the cross-fertilization of ideas between fields of expertise and around the state and emphatically maintains a balance of academics and non-academics in its leadership, membership and activities.

CSA seeks deeper bonds among all Californians and a stronger sense of the common weal, through networks of small and large institutions, across diverse communities, and among activists, experts, civil servants, writers, artists and performers. It hails the discovery of better ways to live and work in California and more enlightened public policies that serve the broadest definition of the people of this state.

Straight is our 2014 selection for the Carey McWilliams Award, which is given each year to a writer, scholar, or artist who lives up to the best tradition of McWilliams’s work. That is, someone whose artistic vision, moral force, and intellectual clarity give voice to the people of California, their needs and desires, sufferings, struggles, and triumphs.

McWilliams (1905–1980) is best known for his writings about California, including the condition of migrant farm workers and the internment of Japanese Americans during World War II. His activism took other forms as well. In the early 1940s, he led a campaign to overturn the convictions of mostly Latino youths following the Sleepy Lagoon murder trial. He also helped cool the city’s temperature during the Zoot Suit Riots, when scuffles between servicemen and Latino youths spun out of control. From 1955 to 1975, he edited The Nation magazine, where he sponsored important investigative reporting as well as trenchant social, political, and cultural analysis.

A professor of creative writing at UC Riverside, Susan Straight is the author of eight novels, dozens of short stories and essays, and commentaries that have appeared in a variety of publications and web sites.  She was a National Book Award finalist and the recipient of an Edgar prize, among many other honors and awards.

Straight is a native of Riverside and still lives in the working class neighborhood where she grew up, and she’s part of an extended multiethnic Riverside family of about 200 relatives. Straight writes about multiethnic working class people whose lives are difficult and often tragic. While most of her characters live in Rio Seco, she stretches their stories back to family roots in the African American South and the rural villages of Mexico.

Walter Mosley says that Straight’s work creates “an alley, a neighborhood, a history that is as rich and tragic as any Shakespearean tale.”  The Los Angeles Times observes that  “you’ve never seen writing like this about this part of Southern California—the parking lots and backyards, the dusty foliage no one bothers to name.”  The Boston Globe says that despite their often tragic lives, Straight’s characters “still recognize the splendor of the natural world, from the pepper trees behind the taqueria to the orange blossoms in the alley scenting the midnight air.”  This spring Susan Straight will also receive the Los Angeles Times Kirsch Award for lifetime achievement in literature.

One of her novels tells the story of a Black firefighter in the 1990s and she plans to focus her talk at the CSA conference around that text and the ways that fire shapes life in Southern California.

Please note that the Call for Films has been cancelled but the Call for Maps and Graphics – to be displayed in large format during the conference is still open. See our website for details.

Preliminary Schedule: Please see our website for conference registration (available soon). The event is free and open to the public, but please register so we know how much coffee to pour!

Ron Sundstrom, Associate Professor and Chair of the Department of Philosophy, University of San Francisco

For more information, and for the Call for Papers, please see: http://www.isa-rc22.org/blog/?p=684

PhD candidates from Europe and the United States will present papers on topics addressing Californian architecture, landscape architecture, and design. 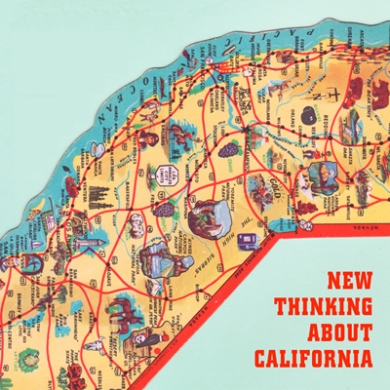 One more chance to catch Tomas Summers Sandoval in the Bay Area… March 18 at the University of San Francisco.

Lecture/presentation by Tomás F. Summers Sandoval Jr., associate professor of Chicana/o-Latina/o studies and history at Pomona College. Dr. Sandoval will present on his recent book Latinos at the Golden Gate: Creating Community and Identity in San Francisco. This event is sponsored by USF’s Graduate Program in Urban Affairs, based in the Leo T. McCarthy Center for Public Service and the Common Good. Light snacks provided.

About the book: Born in an explosive boom and built through distinct economic networks, San Francisco has a cosmopolitan character that often masks the challenges migrants faced to create community in the city by the bay. Latin American migrants have been part of the city’s story since its beginning. Charting the development of a hybrid Latino identity forged through struggle–latinidad–from the Gold Rush through the civil rights era, Tomás F. Summers Sandoval Jr. chronicles the rise of San Francisco’s diverse community of Latin American migrants.

This latinidad, Summers Sandoval shows, was formed and made visible on college campuses and in churches, neighborhoods, movements for change, youth groups, protests, the Spanish-language press, and business districts. Using diverse archival sources, Summers Sandoval gives readers a panoramic perspective on the transformation of a multinational, multigenerational population into a visible, cohesive, and diverse community that today is a major force for social and political activism and cultural production in California and beyond.